The urban-rural typology is applied to the NUTS level 3 regions (subregions in Poland) and it identifies three classes of regions, namely: predominantly urban regions, intermediate regions and predominantly rural regions. This classification is based on the measurement of population density and geographical continuity (neighborhood) in cells of a grid with a resolution level of 1 km2 (a one-kilometer grid). For this purpose, the typology based on a grid with a resolution level of 1 km2, on the base of which 'urban centres', 'urban clusters' and 'rural grid cells' are determined, is used.

The three classes of units in this typology are defined as follows:

In the case of large cities, a following modification is introduced:

The urban-rural typology is being updated with the results of censuses, i.e. after obtaining new data on population density in the 1 km2 grid, as well as each time after the introduction of a NUTS revision. 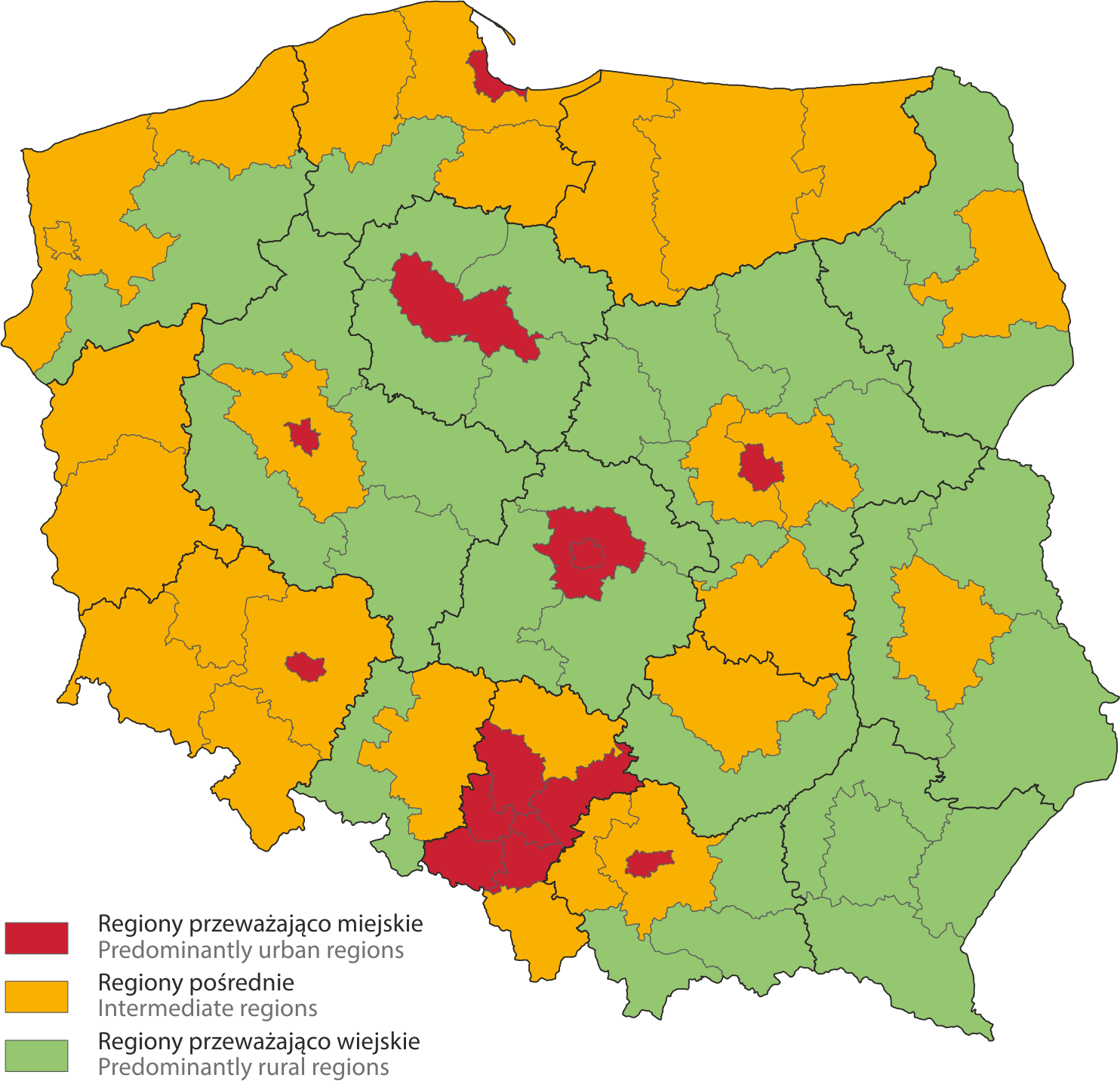