The Commission Regulation (EU) 2016/2066 of 21 November 2016 amending the annexes to Regulation (EC) No 1059/2003 of the European Parliament and of the Council on the establishment of a common classification of territorial units for statistics (NUTS) (OJ L 322, 29.11.2016, p. 1–61) was published on 29 November 2016 in the Official Journal of the European Union. This regulation is the result of the fourth round of revision of the common Classification of Territorial Units for Statistics (NUTS), known as NUTS 2016 revision. During this revision round, modifications of the statistical units of 9 EU Member States were made . These modifications include either changes in the number of NUTS units or in unit boundaries only, without altering the number of units.

Changes adopted in the statistical division of Poland

Regarding the statistical division of Poland into NUTS units, changes in all levels have been introduced.

The number of units of this level increased from 16 to 17. At the same time, the name of this level has been changed from “województwo” (‘voivodships’) to “regiony” (‘regions’).

The consequence of changes in the division of Poland into NUTS level 2 units was the modification of divisions at other levels. At the NUTS level 1, changes are as follows:

The number of NUTS level 1 units in Poland increased from 6 to 7.

Changes at the NUTS 3 level (podregiony – ‘subregions’) are as follows:

The number of NUTS level 3 units in Poland increased from 72 to 73. 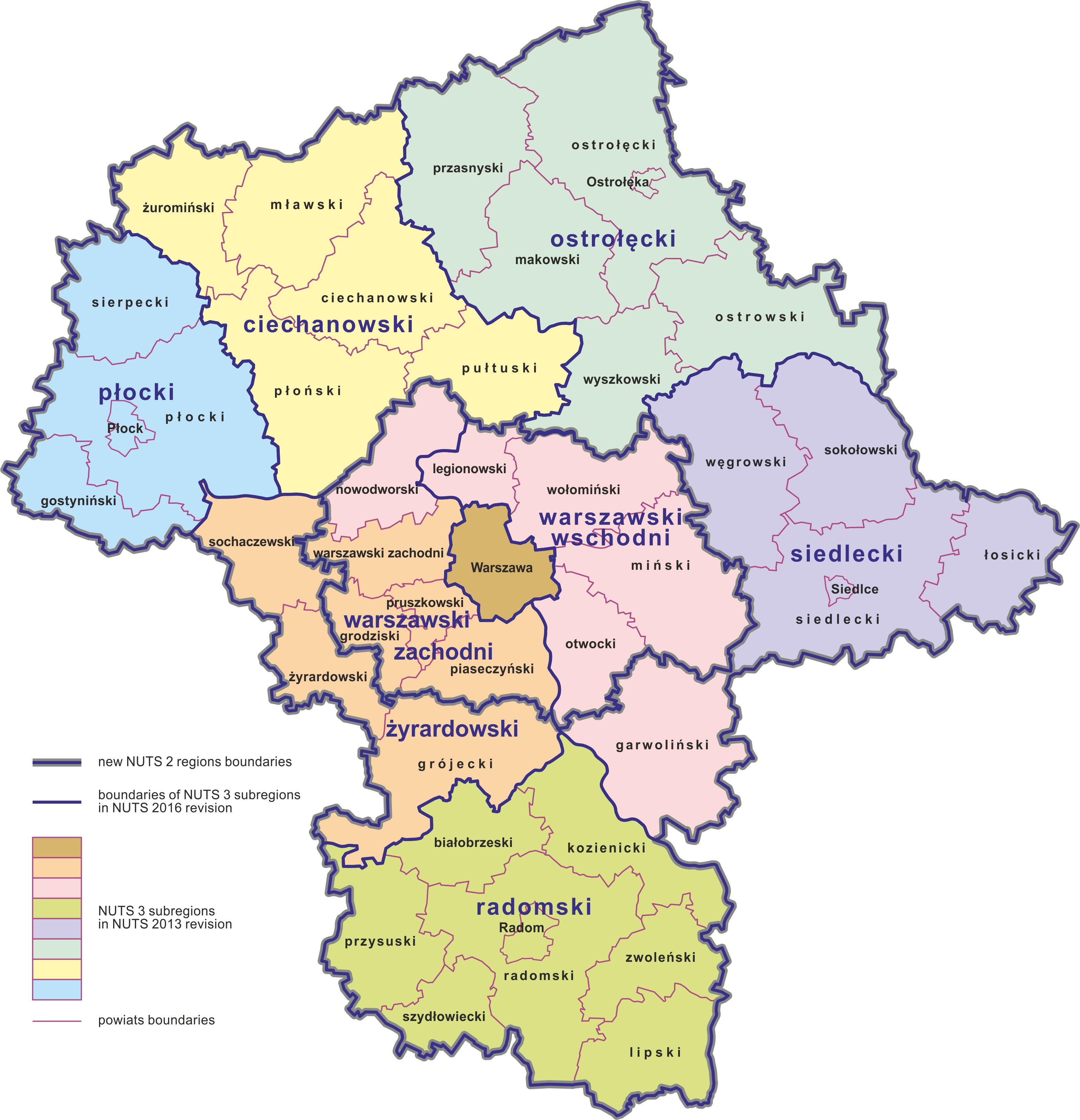 Division of Mazowieckie Voivodship into NUTS units, in force since 1 January 2018

Changes adopted in statistical divisions of other EU countries 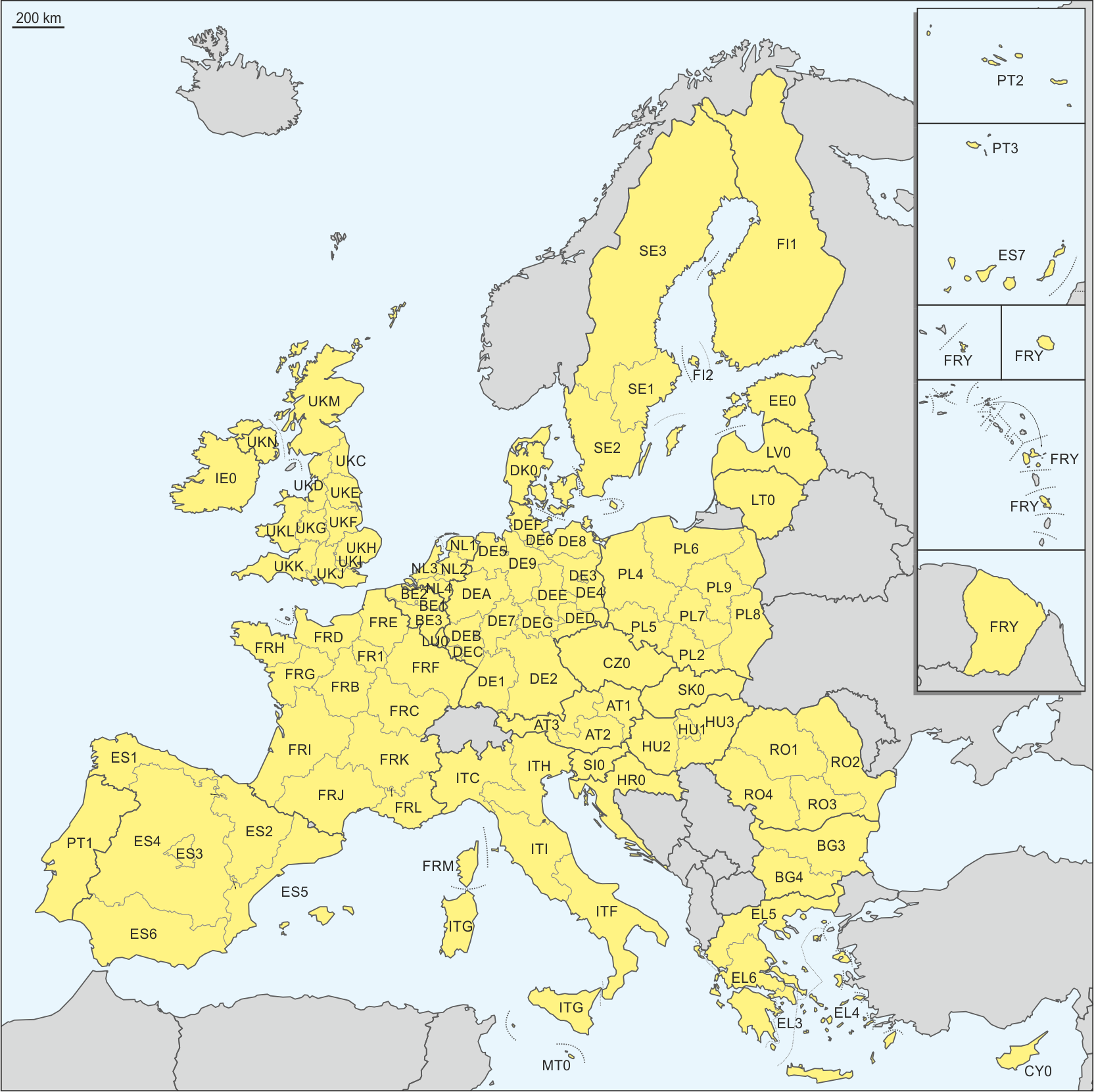 The division of the EU Member States on NUTS level 1 units, in force since 1 January 2018