The typology based on a grid with a resolution level of 1 km2 (a one-kilometer grid, i.e. a grid with square meshes with a side of 1 km) is used to identify three types of clusters: 'urban centres', 'urban clusters', and 'rural grid cells'. This identification is based on grid cells that share similar characteristics based on a combination of their population density and geographical contiguity (neighborhood).

The three types of clusters are defined as follows:

The typology based on the one-kilometer grid is being updated with the results of censuses, i.e. after obtaining new data on population density in the 1 km2 grid.

Cluster types are used as a basis for the degree of urbanisation (DEGURBA) and urban-rural typology, while indirectly they are used for determining functional urban areas and metropolitan typology. 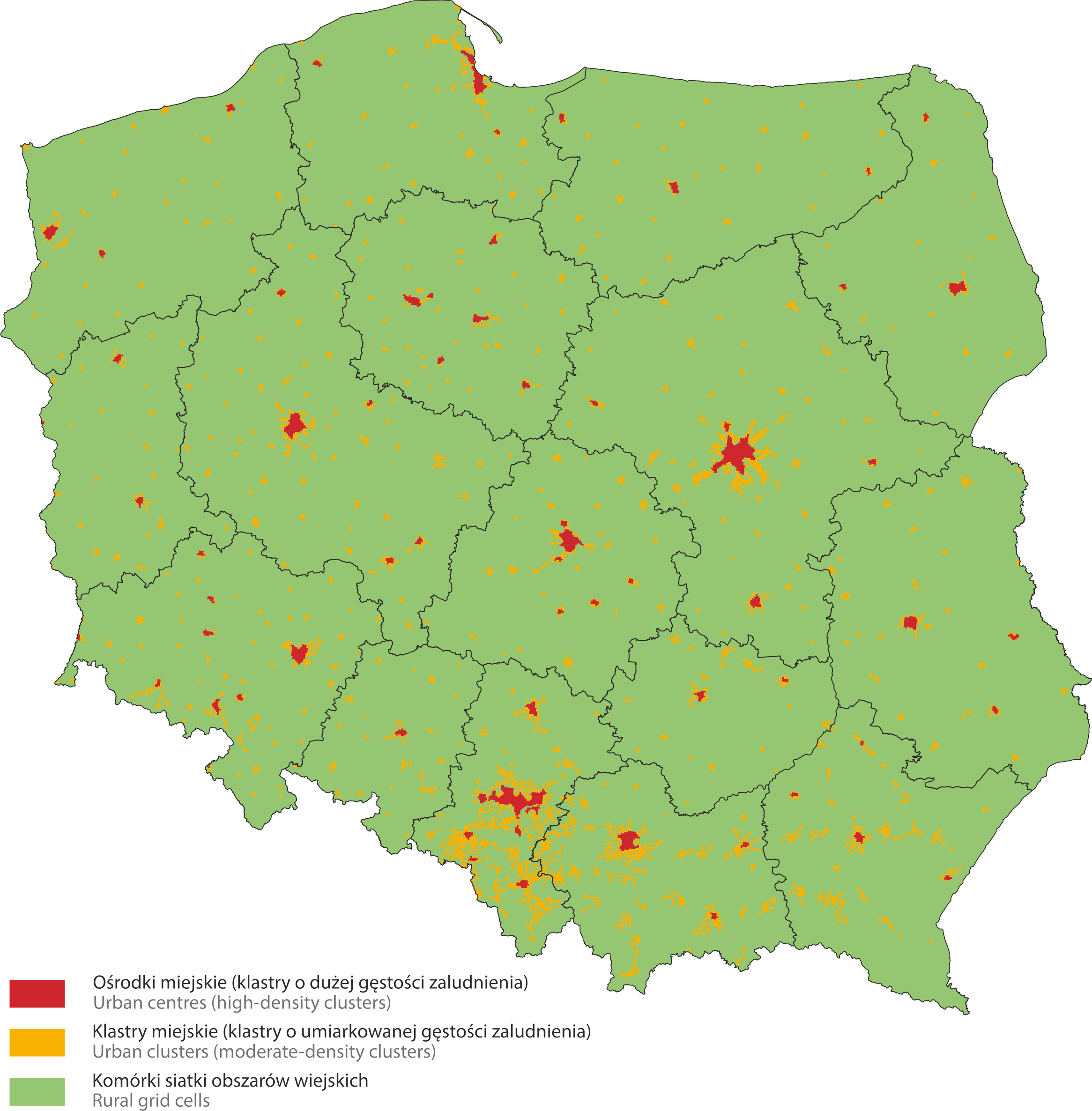