Functional urban areas are being updated after obtaining new data on commuting shares or on population density in the 1 km2 grid, as well as in the case of changes in LAU boundaries.

The typology of functional urban areas dates back to the 1990s, when data for European cities with at least 100 000 inhabitants were collected through the Urban Audit and the Large City Audit projects. Their ultimate goal was to contribute towards improvements in the quality of urban life by: supporting the exchange of information and experiences between EU cities, helping to identify best practices, facilitating benchmarking across the EU, providing information on the dynamics within the cities and between cities and their surrounding areas. Within the Urban Audit, its units were previously referred to as follows: cities - 'core cities' (cities within their administrative boundaries), greater cities – 'kernels', and functional urban areas - 'larger urban zones' (LUZ).

In 2011, the European Commission and the OECD developed a harmonized definition of a city and its commuting zone, which has led to an increase in the number of cities studied. 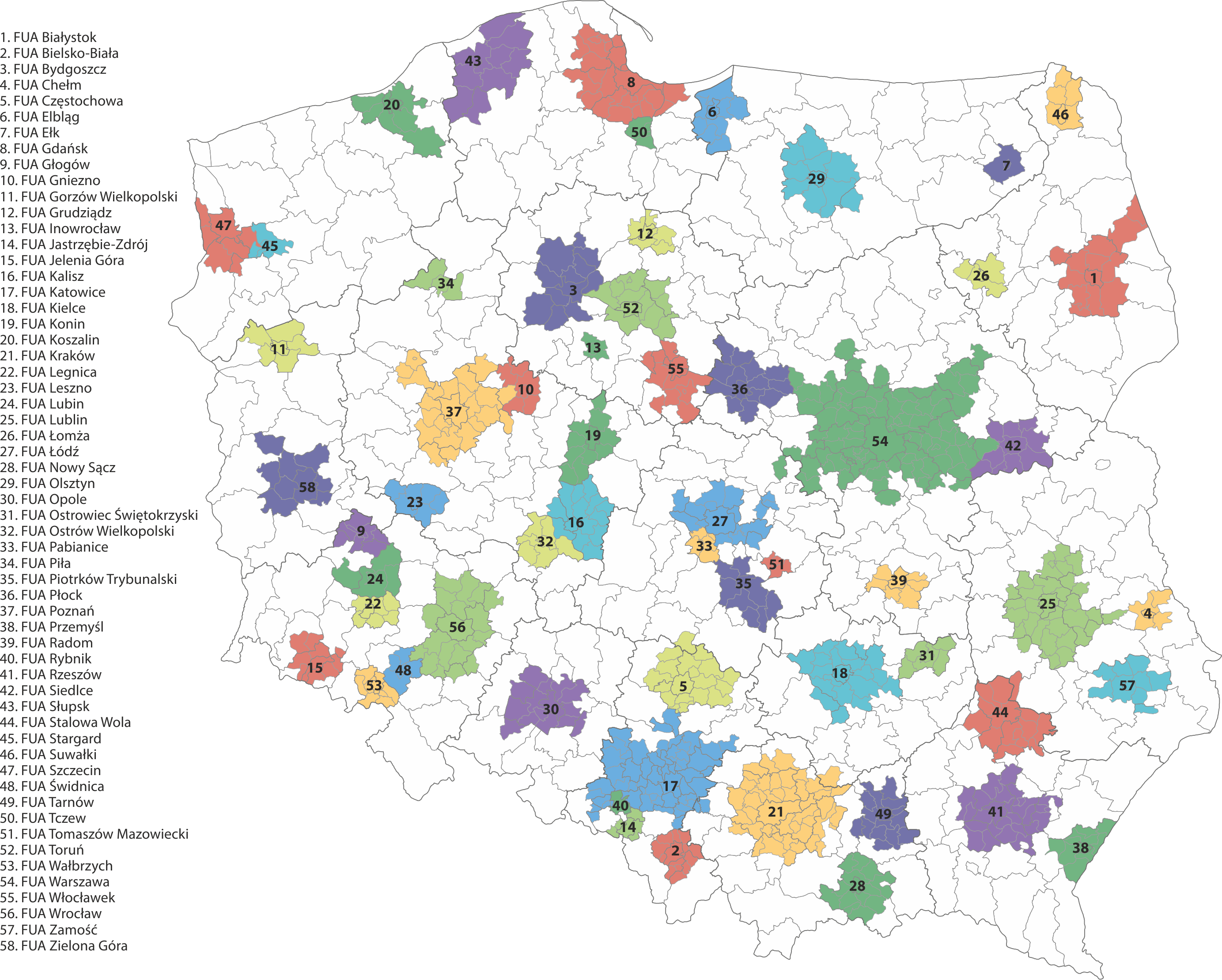