Areas of a realization of integrated territorial investments (ITI)

The areas of integrated territorial investments (ITI) have been designated within the framework of the EU Cohesion Policy for 2014-2020. Integrated territorial investments allow to combine funding from different priority axes of one or several operational programmes for purposes of multidimensional and cross-sectoral interventions, ensuring the implementation of an integrated strategy for a specific territory. In order to use the ITI instrument, it was necessary to designate the territory in which it will be implemented and to define, within the framework of the cross-sectoral strategy for integrated development, the development needs of this territory. In Poland, it was concluded that integrated territorial investments will be used to implementation of sustainable urban development, and therefore areas of ITI realization will refer to urban functional areas.

In Poland, the ITI instrument is implemented in voivodship capitals and areas having functional ties with the capitals (so-called voivodship ITIs) and in cities with regional and sub-regional nature with areas having functional ties with them (so-called regional territorial investments – RTIs). The designation of ITI areas for voivodship capitals was obligatory and was organized in accordance with the guidelines of then Ministry of Infrastructure and Development. On the other hand, the designation of ITI areas for regional or sub-regional cities was conditioned on the decisions of self-government authorities of individual voivodships. In total, 24 areas of ITI realization have been designated in Poland – 17 functional areas of voivodship capitals (Bydgoszcz and Toruń have a common ITI area) and 7 functional areas of regional and sub-regional cities in Dolnośląskie, Śląskie, Wielkopolskie and Zachodniopomorskie Voivodships. One of the necessary elements of the creation of each ITI area was the establishment of an institutionalized form of partnership (the establishment of the ITI Association / ITI Partnership). 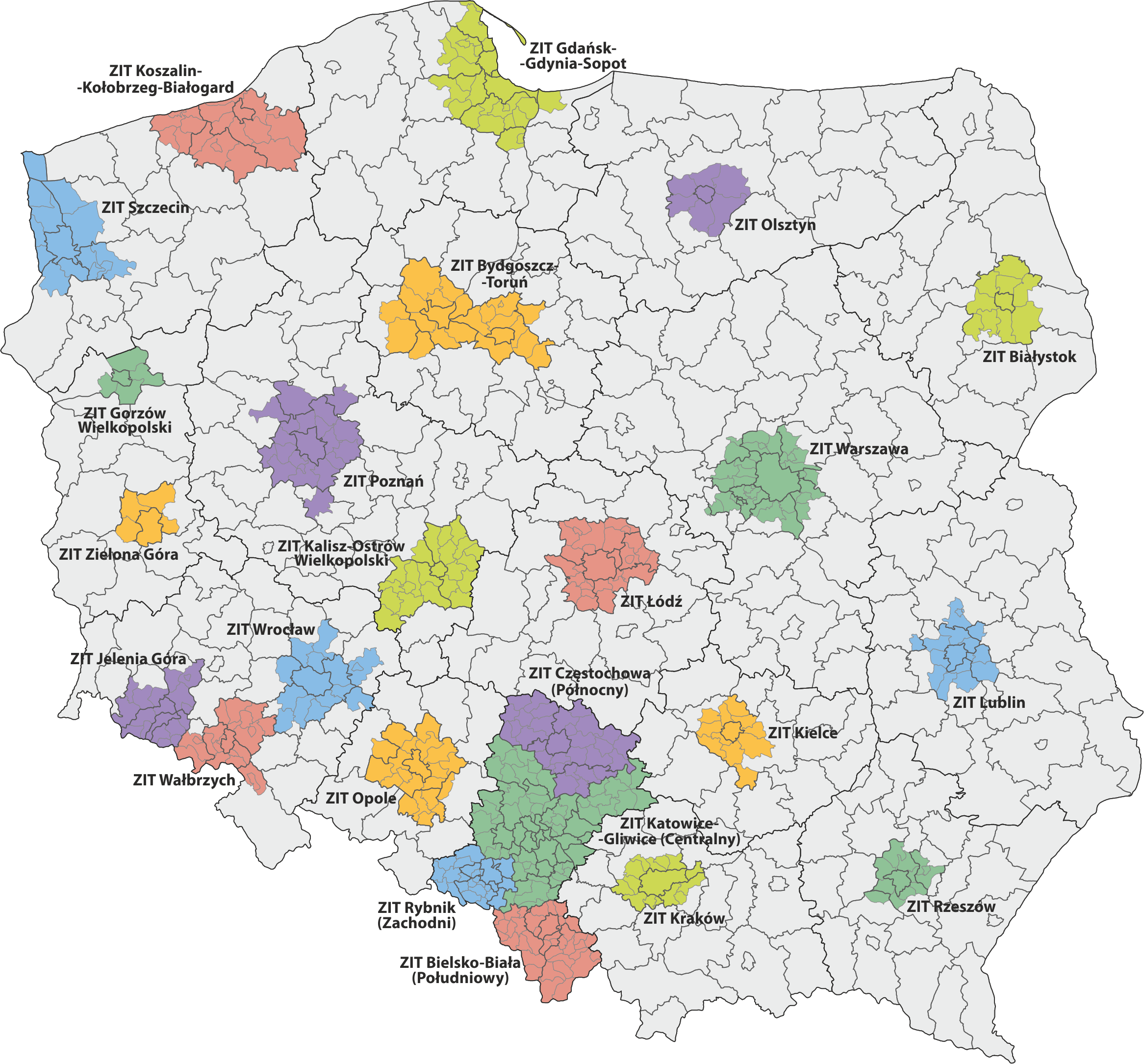