Project City statistics (Urban Audit) is a joint initiative of the European Commission and Eurostat, representing a response to the growing information needs on cities. The main objective of the program is to provide objective and comparable statistics on European cities, among others, in the scope of demography, household structure, housing, employment, education, environment, transport, culture and tourism. Eurostat is the coordinator of the work, and the performers are national statistical offices, city halls and local governments.

Until now nine editions of the project were carried out. The 10th edition is currently underway. Data are collected for the years 2021-2022. The selection of cities for this project was made by Eurostat, the European Commission and the national statistical institutes according to new definition of a city developed by Eurostat and the EC based on degree of urbanization. According to the adopted methodology on the project list is now 68 Polish cities.

At present, data is collected for the two spatial levels: the city within the administrative boundaries (City - C) and functional urban areas (FUA - previously known as larger urban areas - LUZ).

At the time of joining Urban Audit project Polish public statistics did not have data on commuting. Thus in 2003, 2006, 2009 and 2011 editions of the project, functional urban areas were defined as a one or more rings of powiat and gmina level units surrounding the city. Since the 2012 edition of the project, spatial coverage of functional urban areas for Polish cities participating in the project has been verified (and for the new cities was defined) on the basis of the results of “ Survey of employment-related population movements in 2006". The functional urban area consists of the city and its commuting zone (an area from which at least 15% of the population commutes to work to the city).

Cities and functional urban areas in Poland in 2022 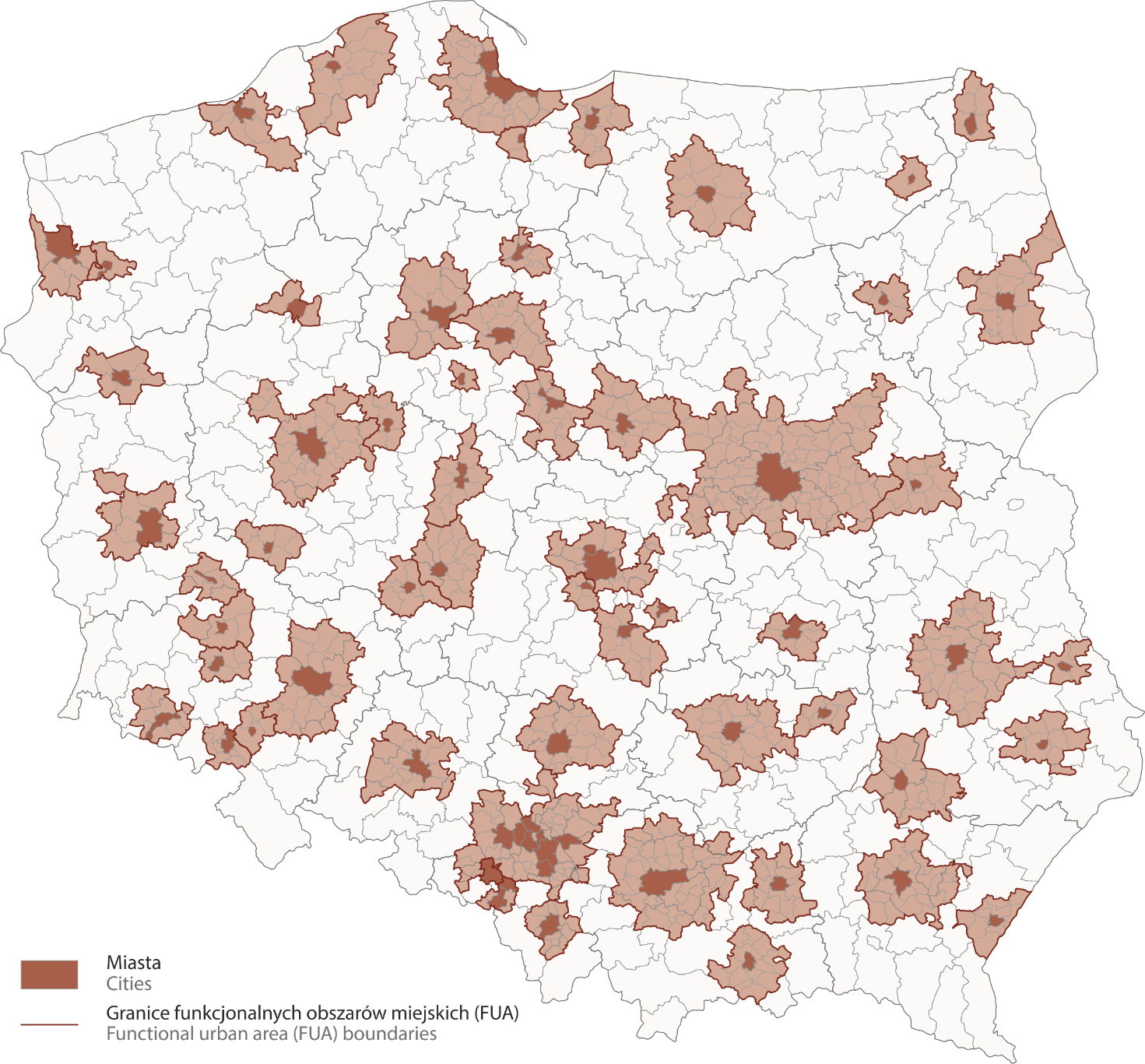 List of gminas in FUA – file in XLSX format

The project is realized by CSO Spatial and Environmental Surveys Division in cooperation with Center for Urban Statistics in Statistical Office in Poznań. The National Urban Audit Coordinator is Małgorzata Stawikowska  tel. 022 608 37 83.

All information submitted to the European database are available on the website http://ec.europa.eu/eurostat/web/cities/data/database

The latest methodological glossary of Urban Audit is available at: https://ec.europa.eu/eurostat/web/products-manuals-and-guidelines/-/ks-gq-17-006