This day, is celebrated once every five years, was established by the United Nations General Assembly by resolution 64/2673 of June 2010. According to the message on World Statistics Day, presented by Ban Ki-moon, the contemporary Secretary-General of the United Nations, Ban Ki-moon, to the Day is an expression of recognition for statisticians for their outstanding contribution to the compilation and sharing of statistical data. The data form the basis for the decision taken by governmental authorities, economic leaderships and local communities. .

In the resolution itself, the General Assembly highlighted the important role  of the United Nations since the Statistical Commission was created in 1947. The main tasks of the Commission were  supporting the development of national statistics and the improvement of their comparability, advising United Nations bodies on issues relating to the collection, analysis and dissemination of statistical information, and supporting the improvement of statistics and statistical methods.

The General Assembly highlighted the essence of the Basic Principles of Official Statistics which were adopted by the Statistical Committee at a special meeting in 1994. Poland sought  to develop the above-mentioned principles. The application for the work commencement was presented during the meeting of the regional heads of statistical offices of the United Nations Economic Commission for Europe in February 1990 in Geneva. Polish statisticians actively participated in the preparation of subsequent versions of the resolution on the Principles in a working group led by a representative of the Statistics Poland. According to the UN General Assembly, the Basic Principles of Official Statistics constituted a milestone in the process of codifying and promoting fundamental values ​​in official statistics.

This year we are celebrating World Statistics Day within the theme: "Connecting the data we can trust". We build this credibility, among others by developed test methods standardized at the international level, by comparability of data and by appropriate data quality controls. This makes more and more people use our data and cite our statistics!

Are you looking for reliable information about Poland, the European Union and the world? You can visit the official Statistics Poland website and use official statistics that are widely available. 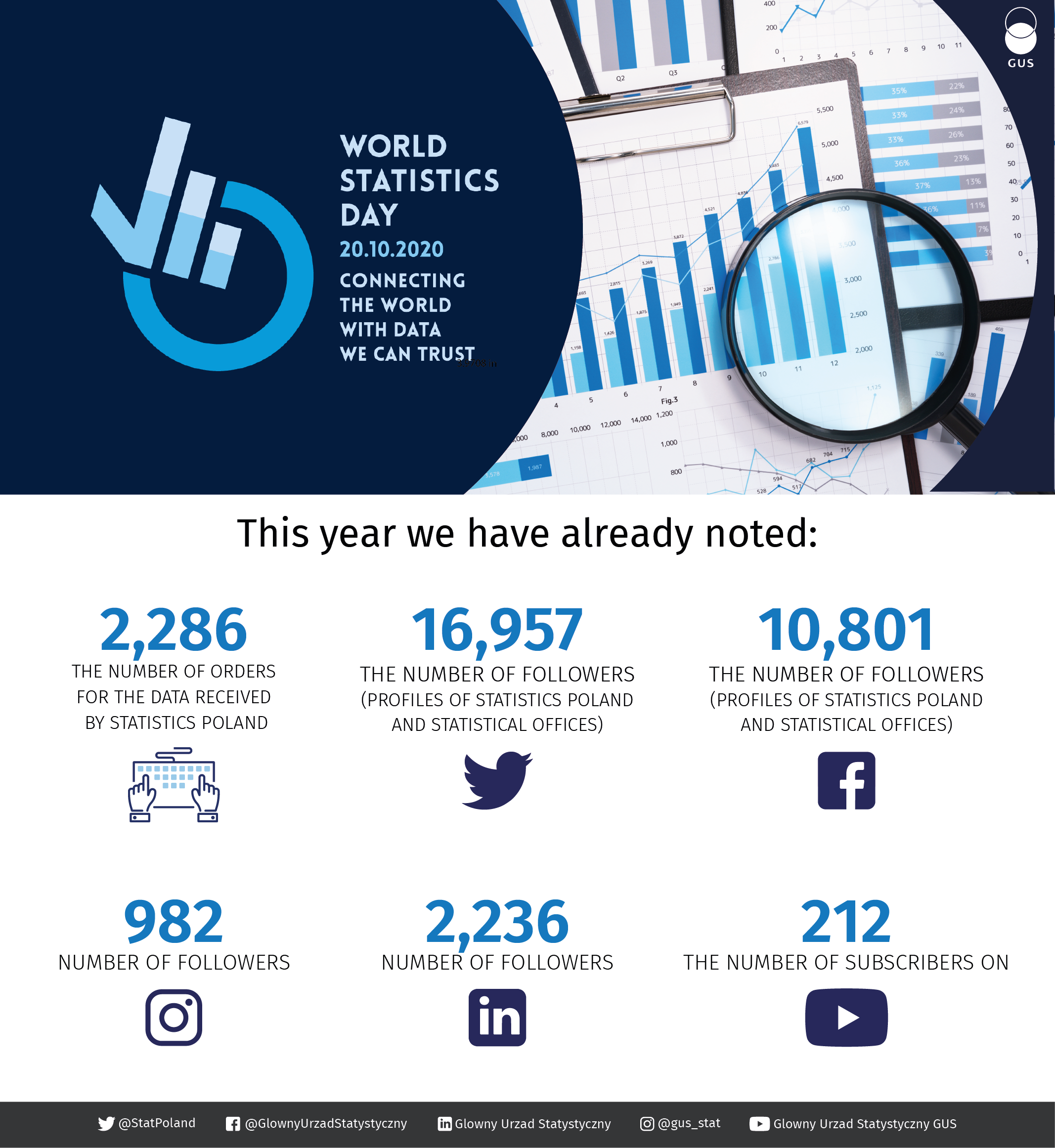